A second bid to launch a Judicial Review challenging the government’s decision to grant permission for the development of Manston airport has been denied.

Ramsgate resident Jenny Dawes made the application last September following a government decision to re-grant a development order allowing plans from airport owners RiverOak Strategic Partners (RSP) to create a new cargo hub at the site to go ahead.

The first decision to grant a development consent order for Manston airport was announced by government on July 9 2020 after delays in January and May.

The Department of Transport approved the application to create an air freight hub at the site. A Planning Inspectorate Examining Authority panel of Martin Broderick, Jonathan Hockley, Kelvin MacDonald and Jonathan Manning  had recommended that development consent should not be granted.

The first Judicial Review bid was then launched by Ms Dawes with Ramsgate Town Council as one of the backers with the majority of councillors agreeing to donate £5,000 – and up to £10,000 if needed – of council funds to the cause.

In December 2020 the Department of Transport acknowledged that the decision approval letter issued from the Minister of State did not contain enough detail about why approval was given against the advice of the Planning Inspectorate and said the Judicial Review would not be contested.

In February 2021 the DCO approval was quashed. Further consultations and a report from Ove Arup, which agreed with the Planning Inspectorate panel findings, then followed.

Ms Dawes then launched a second Judicial Review in a bid to halt the airport plans and crowdfunded for pledges to pay for the latest round of action.

She said the action was due to the view the airport would cause: “irreparable harm to the people, environment and the economy of East Kent,”

Today (January 17) it has been confirmed that the legal challenge application by Ms Dawes has been denied.

Tony Freudmann, of airport site owners RSP, said: “We are delighted. We are not going to be crowing about it. It has been a long, hard slog but we have got there and now we have a job to do.”

An RSP statement adds: “We now look forward to getting the process of turning Manston into a state of-the-art air freight hub underway and working to support the long-term economic development of East Kent, through the reopening of Manston, that we set out in the application.”

RSP say they aim to create aviation at the site with a cargo hub and associated business. Plans for construction will be phased over 15 years and will include 19 freight stands and four passenger stands for aircraft as well as warehousing and fuel storage. 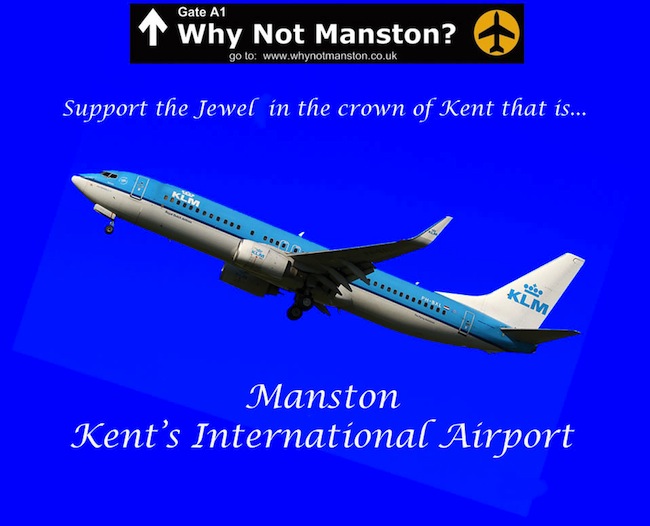